The "aerodyne" was unveiled in Paris by designer René Couzinet.

The six-engine viper test rig, not only a paper design, it's real!

impellers. The "six-Viper test rig" was a self-contained enclosed outdoor stand which consisted of the central

section of the saucer vehicle, a control room, fuel supply and exhaust ducting.

This VTOL made by the Astro Kinetics Corporation, is using the "Coanda effect" for vertical thrust,

and could be build at much larger scale. The 3 text images explain a lot.

Some "UFO sightings" of recent years in space can be

explained in a earthly explanation...

Some of the sightings "unknown flying objects" on recent NASA photography may be explained by it, as

Dan Davis already has in detail in his book "Geboren in die Lüge", because NASA tested officially since 1997

the so-called "Flying Eye"-ball". The small unmanned gel-shaped probe, which is also in close proximity to the

Above: Facts about the NASA-Eyeball in "Geboren in die Lüge"

Please note that this picture of the sauces is an illustration from Michael Schratt, no original, made according

to the allegations of eyewitnesses, like Warren Botz. Botz and others saw the original saucer in a hangar of an air

force base and goes wth this public. Read the whole story in the book "Nationale Sicherheit" of the german

author Dan Davis about this case.

PKZ 2 and other flying objects 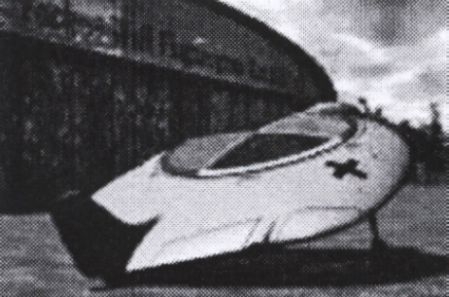 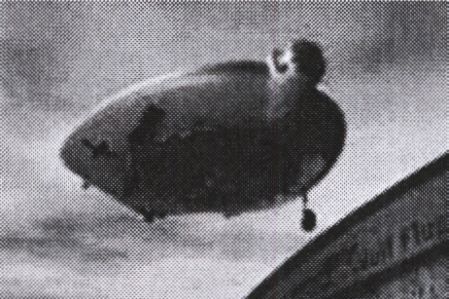 Above: Dornier VTOL Platform. Imagine the platform with a disc-shaped fairing,

which would be just an optical thing... Below: Vtol wingless aircraft SC12 62.

Above: NASA test as part of "ORION", the next official planned lunar landing program after "Apollo".

Sorry! No extraterrestrial UFO in the sky...

But the Prototype of the Laxmi Narayan "Flying Car"!

by Kenneth Arnold would be the sighting of (Northrop) flying wings. Also read the book

Above: Book "Nationale Sicherheit" from Dan Davis about the UFO-Case

from Kenneth Arnold and the Northrop- XB-35 / YB-49 Flying Wings.

In some days here!

Another flying car just had a test flight in Germany

See what this Drone can do! Incredible!

Impressions of a crashed

Some more of the manmade

"UFO"-projects you will finde  on this