The VZ-1 Pawnee worked on the basis of so-called 'kinesthetic control'. In other words, the vehicle's direction and speed was controlled by the pilot shifting his body. It was thought that any soldier could learn this instinctive form of control.

Second and third versions, each with a larger, deeper rotor duct were built. The third was so large that kinesthetic control was ineffective and it had a seat and conventional helicopter controls. These designs flew well enough, but the army judged them to be too small, slow and of limited usefulness and practicality for combat service.

programme, and in November 1956 ordered a single modified example for service testing and operational

evaluation. This second VZ-1 differed from the first example in having a third 40hp engine, an eight-foot

diameter duct without lower control vanes, and a simplified control pedestal. The second Pawnee (serial 56-6944) made its maiden flight in 1958, and the following year was joined in Army service by a third, further modified example. This third VZ-1 (serial 56-6945) had a duct of greatly increased height, a single circular landing skid instead of the three- and four-point wheeled landing gear of the earlier craft, conventional helicopter-type flight controls, and a seat for the pilot.

The VZ-1s provided a wealth of valuable information about VTOL flight in general and the value of the ducted fan in particular, but ultimately proved to be too ungainly, too heavy, too slow, and too mechanically delicate to be of any real value on the battlefield. Further development of the type was therefore suspended and all three types had been withdrawn from service by 1963. 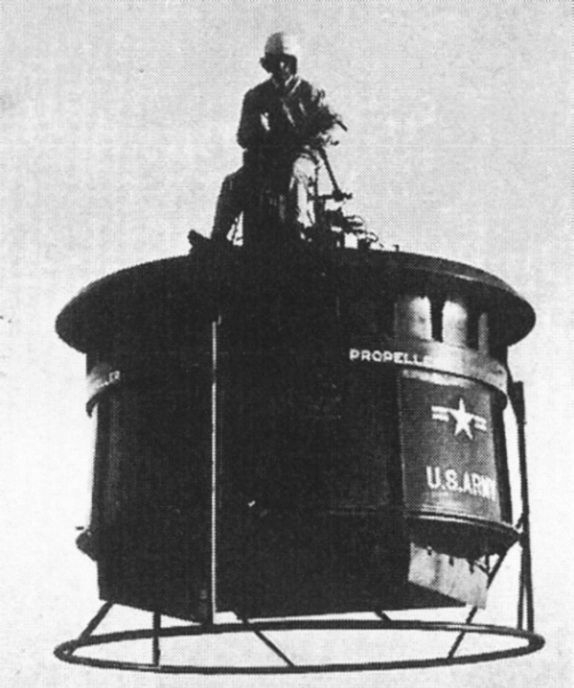 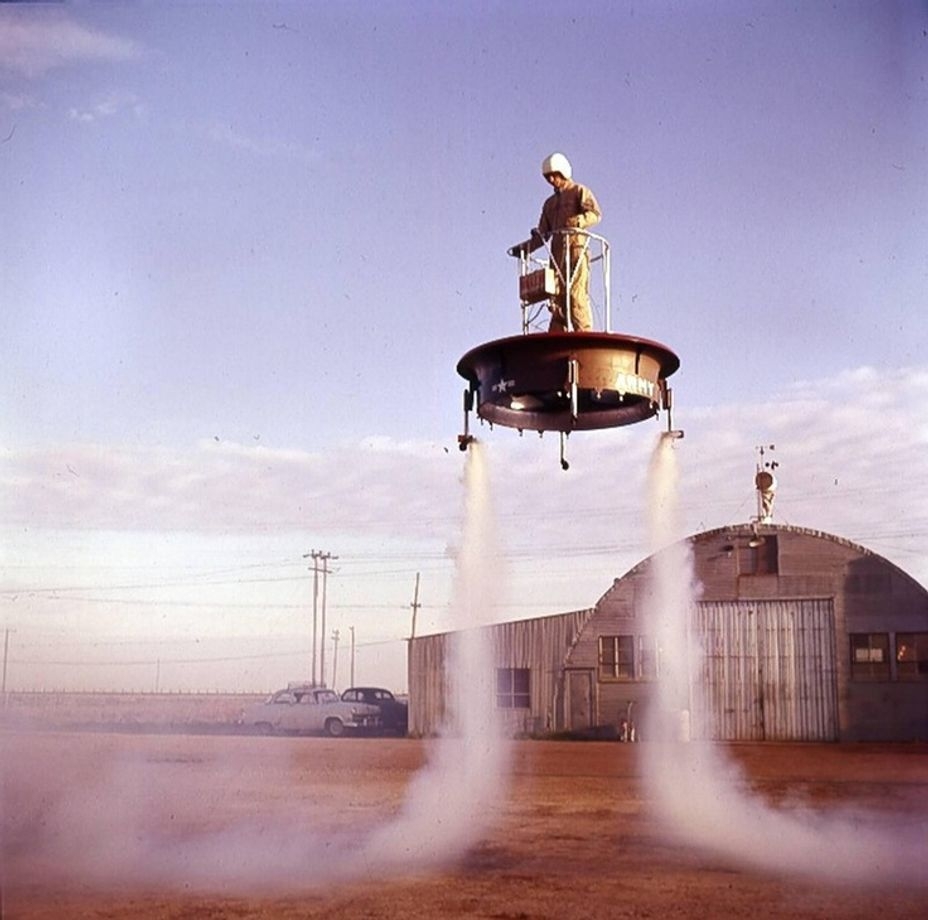 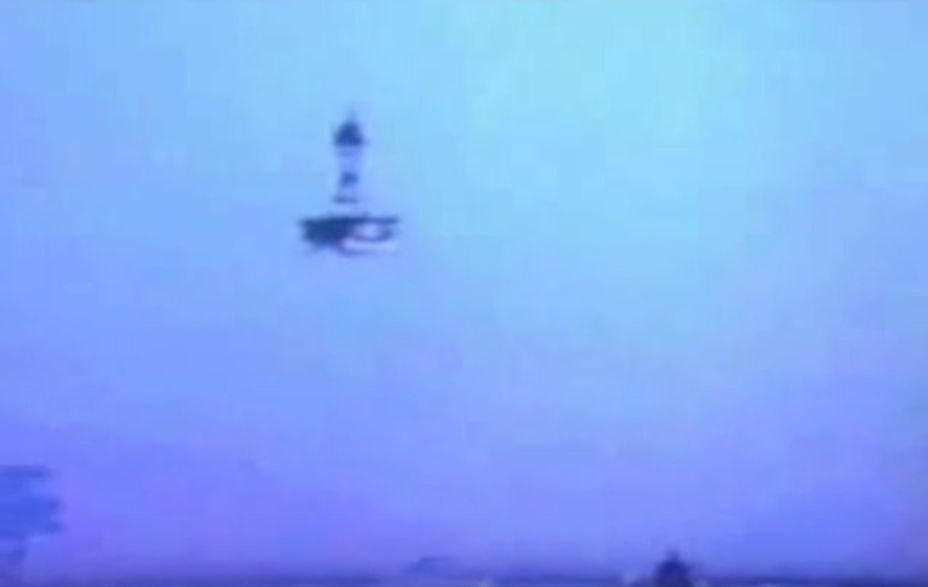