Working with Dr. Miethe was an Italian engineer, Professor Guiseppe Belluzzo. Belluzzo was the Deputy, Senator and Minister of National Economy under Mussolini. He had written several books on technical matters including Steam Turbines in 1926 and calculations and Installations of Modern Turbine Hydrolics in 1922 (names are English translations of Italian titles). Belluzzo was considered to be an expert in steam turbines. Dr.Belluzzo was not a junior scientist and he was not Dr. Miethe's assistant. He was a senior scientist whose expertise was somehow invaluable on the saucer devices or planned further developments of them.

After the war Belluzzo seems to have led a quiet life in Italy until his death on 5/22/52. Unlike Miethe, however, Belluzzo went on record about German flying discs after the war. He is quoted on the subject in The Mirror, a major Los Angeles newspaper in 1950. This may be the first mention of the subject in the American press. In his obituary in the New York Times his work on the German saucer program is mentioned. (Please refer to copies of these articles).

This team worked in facilities in, Dresden, Breslau and Letow/Prag according to Epp. Both this project and the Schriever and Habermohl projects were directed by the same experts and advisors. From Epp's discussion, it is clear that Dr. Walter Dornberger first evaluated and recommended his saucer model for further development. Miethe is described by Epp in translation as a "known V-weapons designer". The association of both projects to Peenemuende is clear. Both were sanctioned and set up by officials there, probably by Dr. Walter Dornberger himself. Miethe and Belluzzo worked primarily in Dresden and Breslau but for a brief time they may have actually joined forces with Schriever and Habermohl in Prag, as evidenced by Klein's statement that three saucer models were destroyed on the Prag tarmac. One saucer, which Klein he describes as Miethe's was among these. Klein acknowledges that Peenemuende,and its nearby test facility at Stettin, retained and developed the Miethe design as an unmanned vehicle.

Epp tells us that the Miethe-Belluzzo project was organized under exactly the same authority as the Schriever-Habermohl project and he further identifies the very same industrial firms which supported Schriever-Habermohl as supporting this project. In reality, both should be viewed as one project with different aspects. 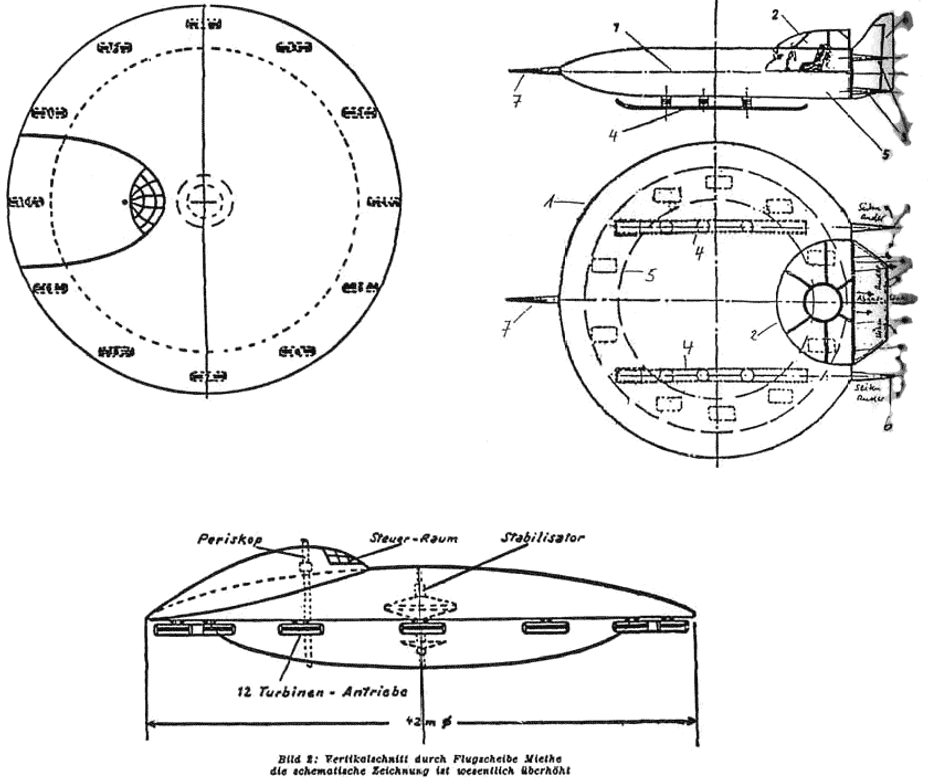 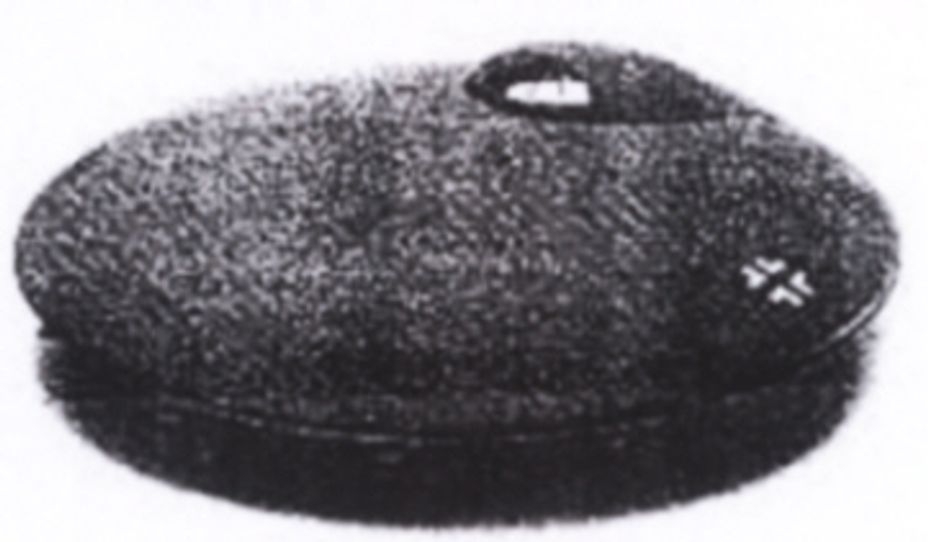 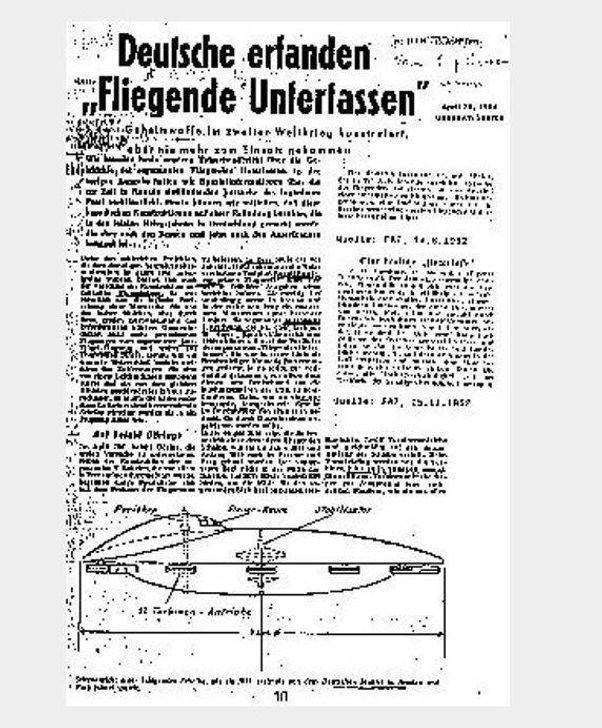 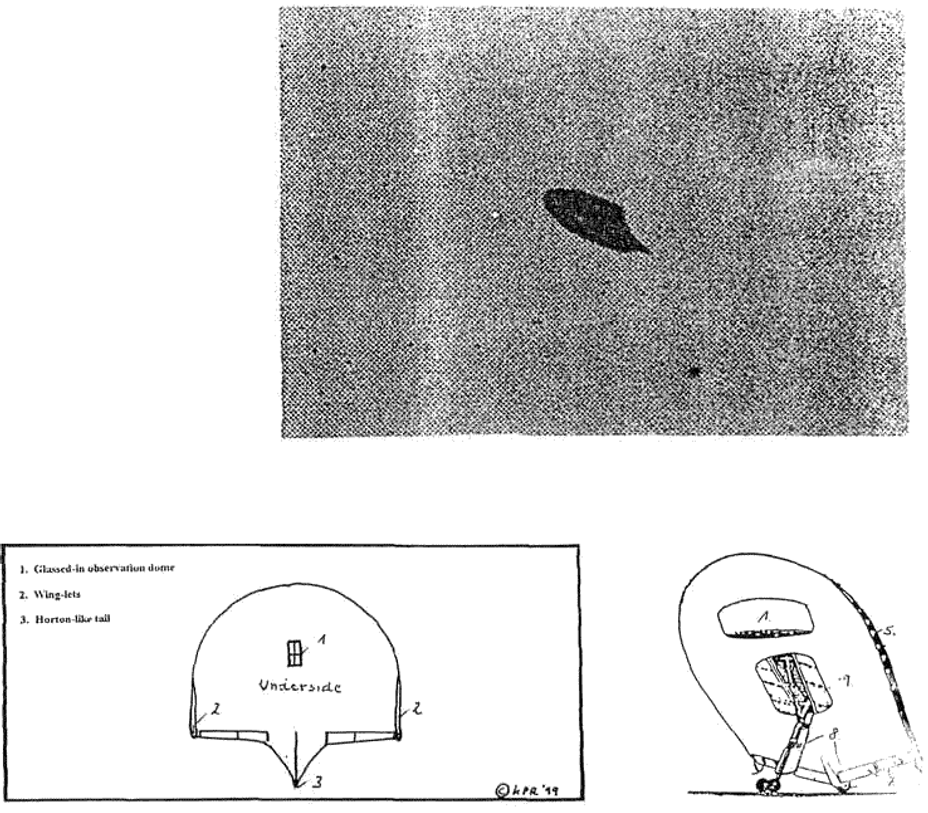 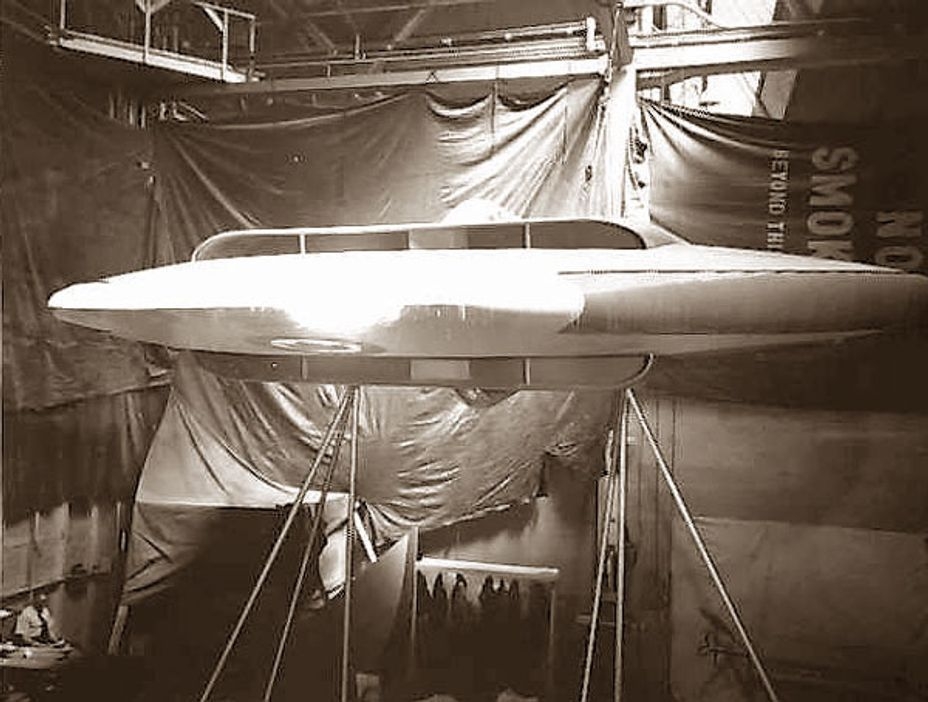 This is the mounting of the Leduc engine as illustrated by the later Avro diagram (Canada-USA). The outer hull is fixed. The inner rotating engine draws in the air from between it and the hull and exhausts through rear or sides as needed for steering. Compare this design to Miethe- Belluzzo designs, especially to the first design.

There is considerable confusion as to where the first test flight of the Miethe-Belluzzo saucer occurred. Epp tells us that models made by this team were flight tested since 1943. Georg Klein, as well as Andreas Epp, state that a test model of this craft took off from Stettin, in northern Germany, near Peenemuende, roughly where the Oder River meets the Baltic, and crashed in Spitsbergen which are the islands to the north of Norway.

A manned test flight in December, 1944 has been mentioned by Norbert Juergen-Ratthofer and Ralf Ettl in one of the films on which they worked. The pilot named was Joachim Roehlicke or perhaps Hans-Joachim Roehlicke. Klaus-Peter Rothkugel reports that Roehlicke was under the direction of none other than Dr. Hans Kammler himself and was stationed at the Gotha Wagonfabrik company. The Gotha Wagonfabrik company is Anthe Jonas Valley in Thuringia. This valley was packed full of high-tech underground facilities which included nuclear research. Roehlicke confided to his daughter after the war, according to Mr. Rothkugel, that he "had seen the earth from above".

Confusion over the test details of the Miethe-Belluzzo saucer start as early as the whole German flying disc controversy its elfin the 1950s. In the English translation of his book, titled Brighter than a Thousand Suns A Personal History Of The Atomic Scientists. a footnote appeared which deviated from the discussion of atomic weaponry. This 1958 description is one ofthe first in English and may illustrate some of the difficulties in sorting out this information:

"The only exception to the lack of interest shown by authority was constituted by the Air Ministry. The Air Force research workers were in a peculiar position. The produced interesting new types of aircraft such as the Delta (triangular)and "flying discs." The first of these "flying saucers," as they were later called -- circular in shape, with a diameter of some 45yards--were built by the specialists Schriever, Habermohl and Miethe. They were first airborne on February 14, 1945, over Prague and reached in three minutes a height of nearly eight miles. They had a flying speed of 1250 m.p.h. which was double din subsequent tests. It is believed that after the war Habermohl fell into the hands of the Russians. Miethe developed at a later date similar "flying saucers" at A. V. Roe and Company for the United States.".

One big difference between the Miethe-Belluzzo design and the Schriever-Habermohl designs is that the former craft was alleged to have, or be designed to have, a longer flight range. This point is reinforced by the Spitz bergen flight mentioned above.Klein states that the Germans considered long range, remote controlled attack from Germany to New York using this craft. 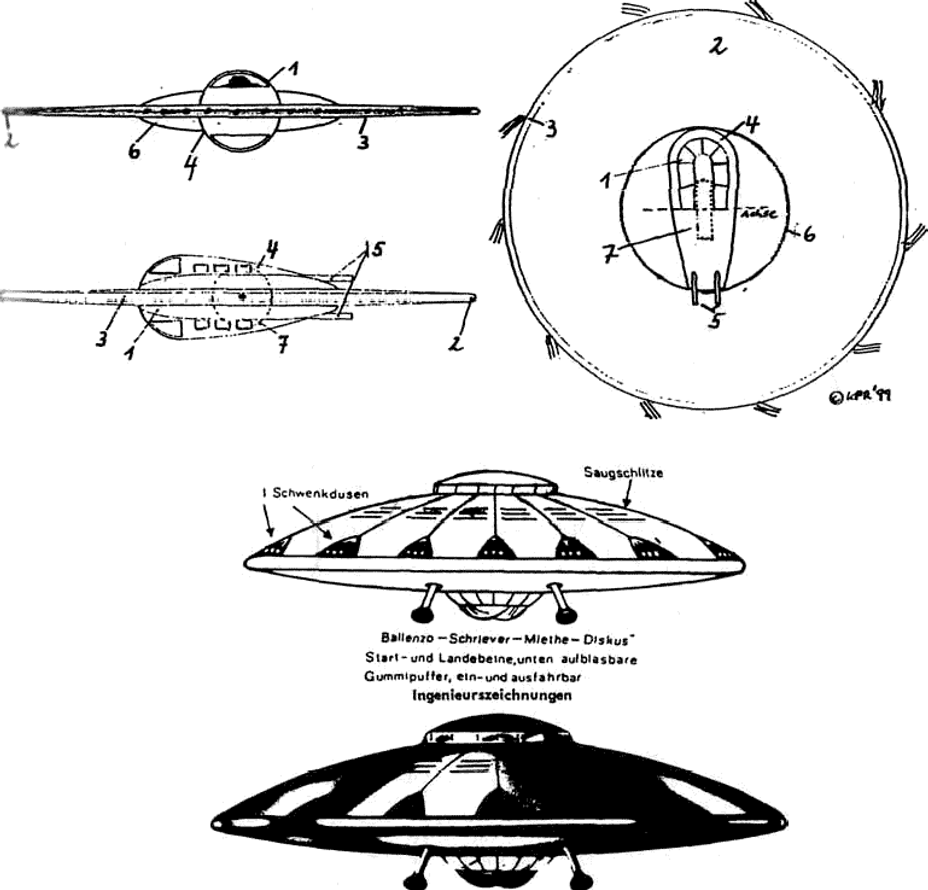 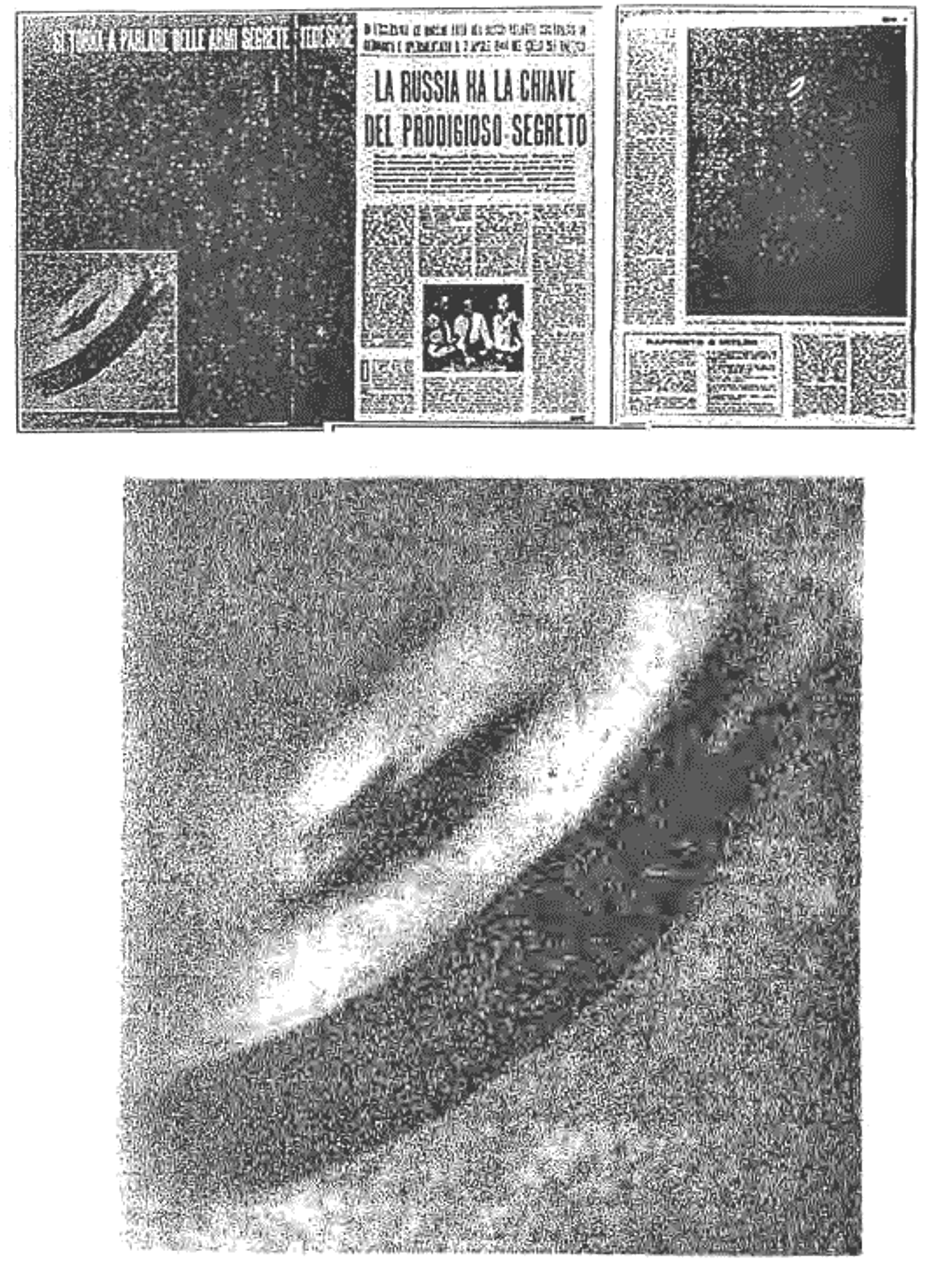 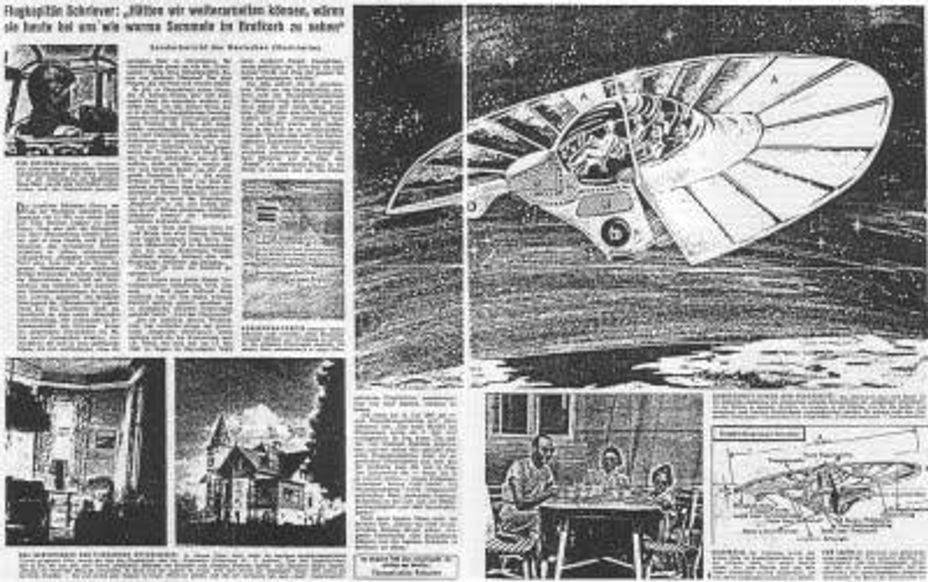 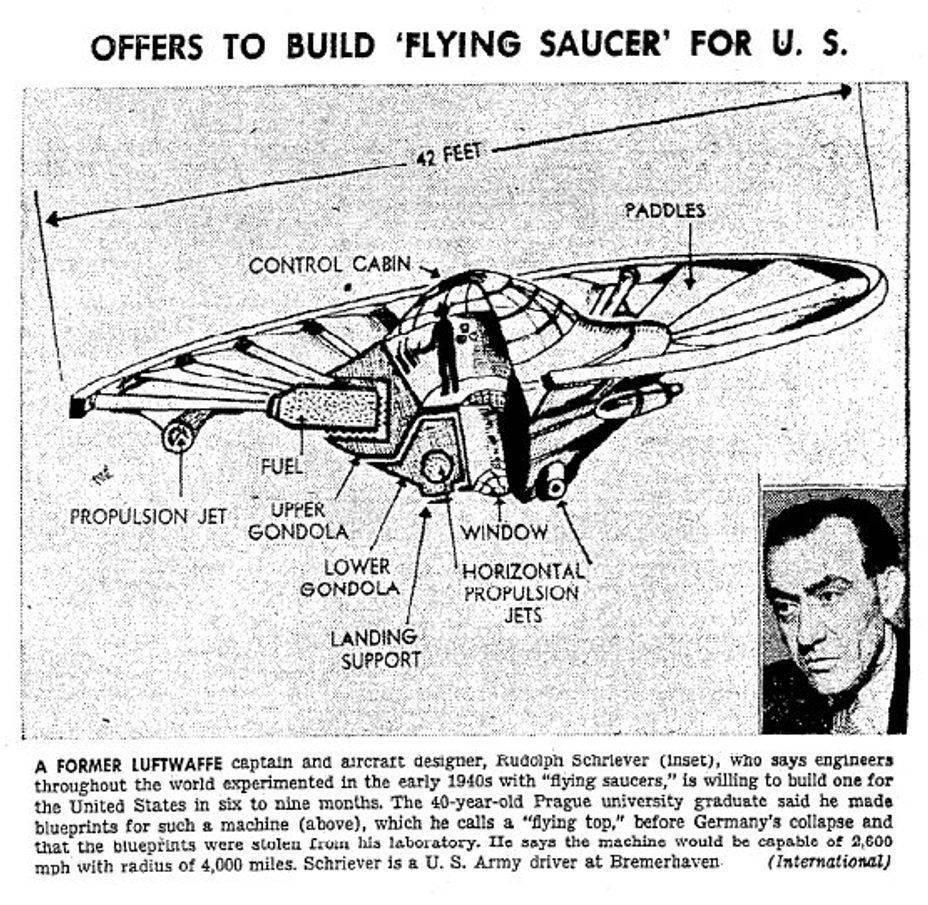 Dr. Miethe, went to Canada and worked on a joint Canadian-American saucer project. It was located at an airfield near Toronto, Ontario. (This was Avro Aircraft Limited.): 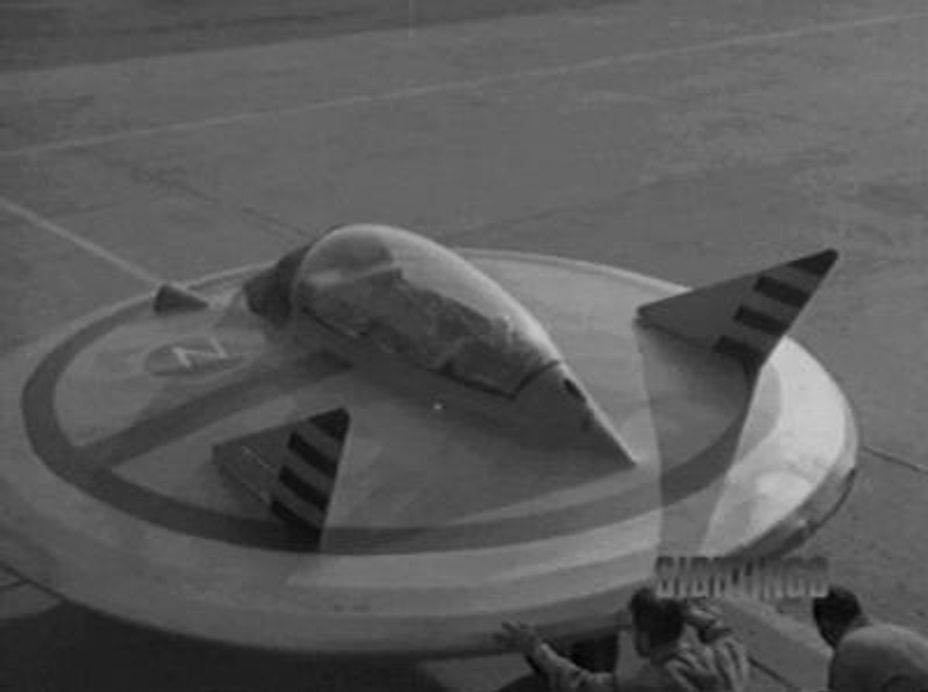 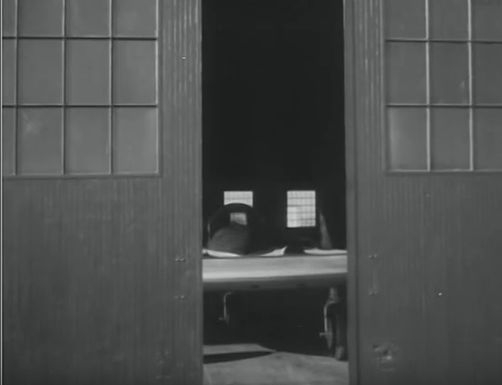 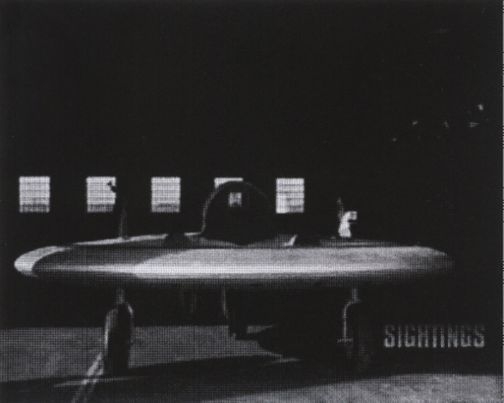 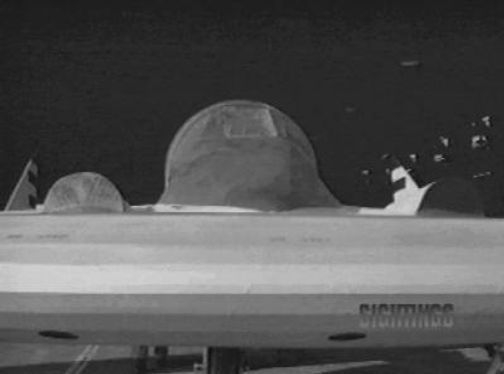 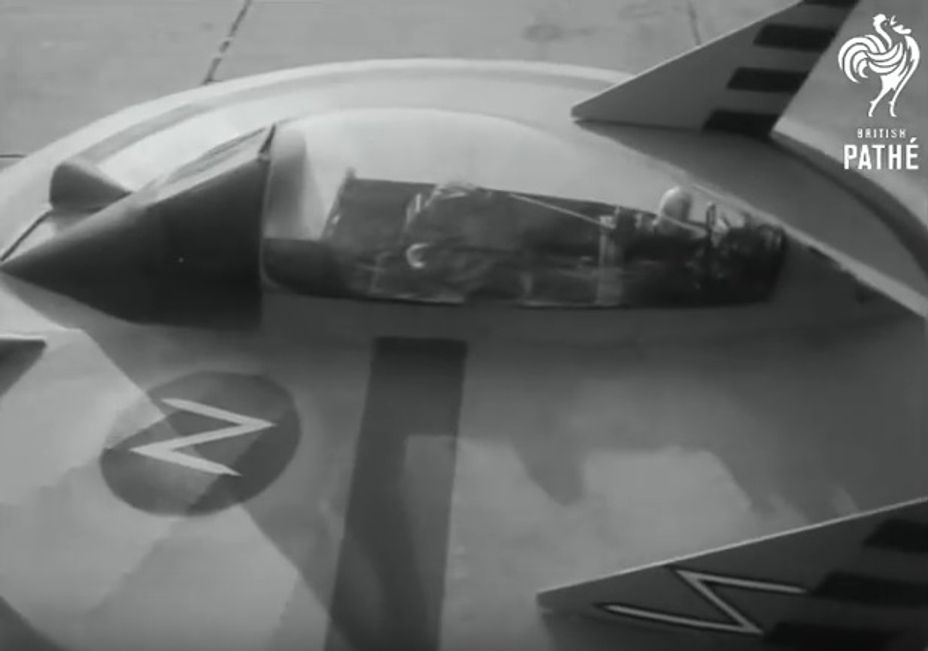 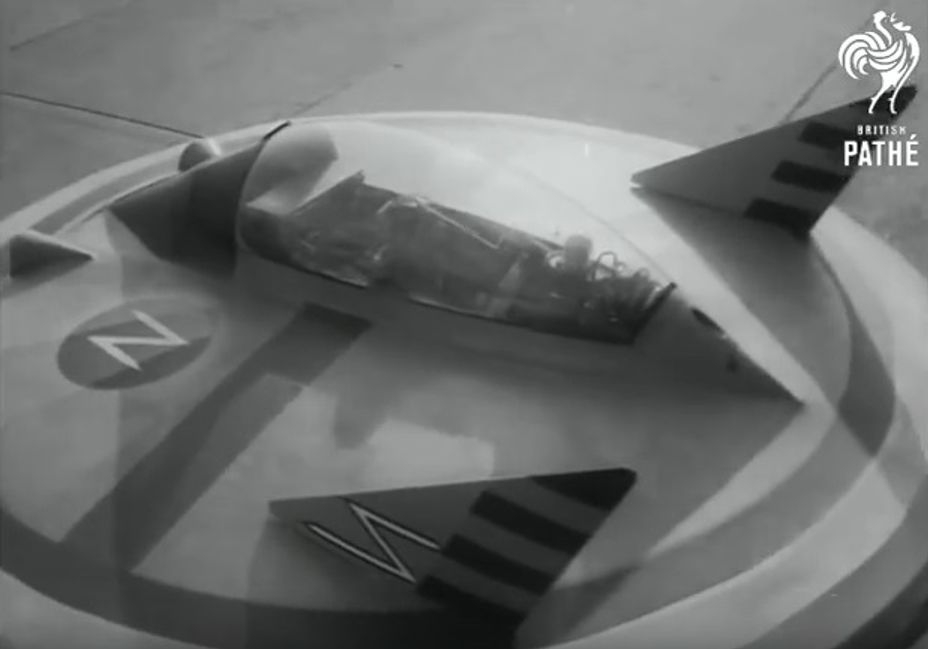 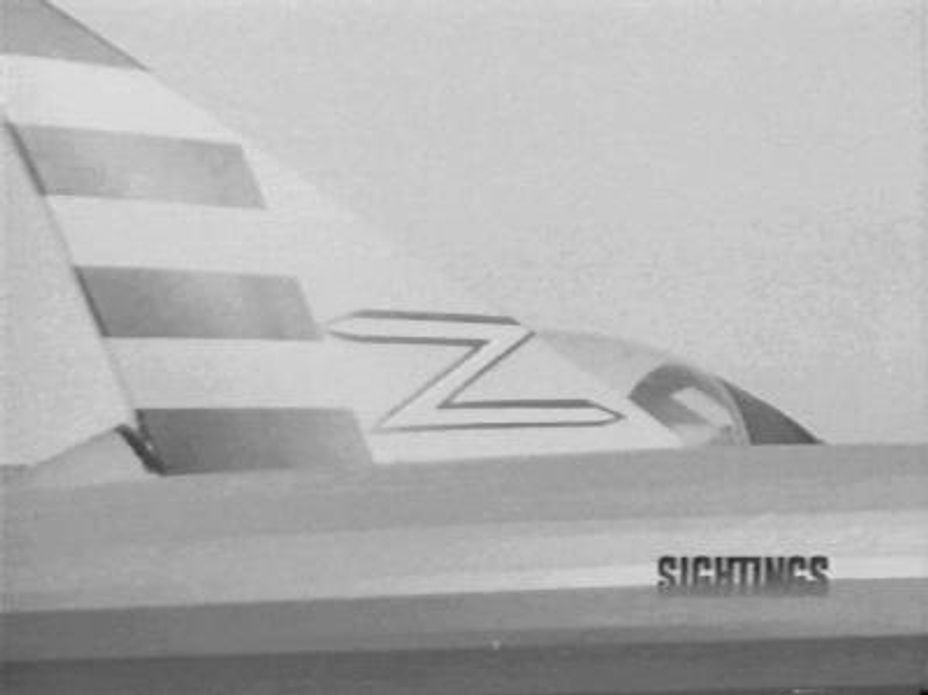 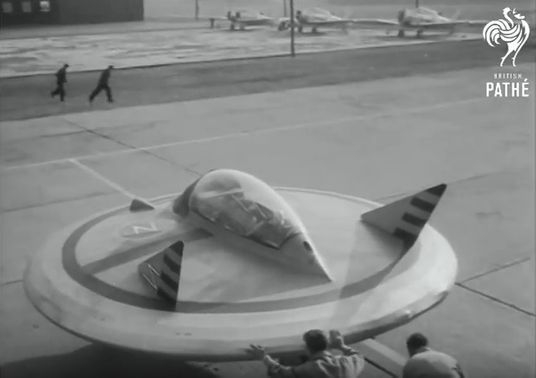 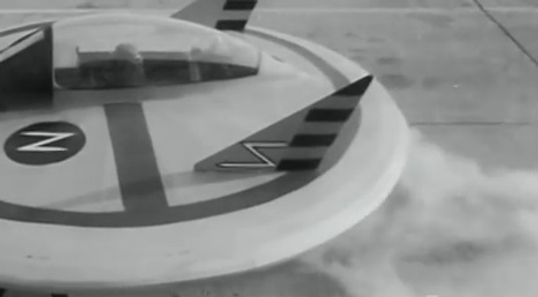 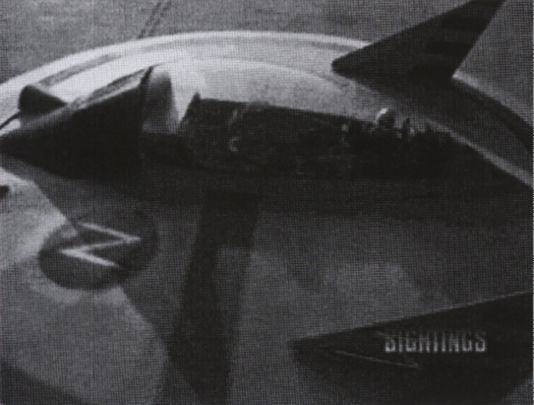