In France, the Société Nationale d'Etude et Construction de Moteurs d'Aviation (SNECMA) began working on a jet powered tail-sitter in 1954. Various rigs were tested from 1955-1957 powered by the 6,400 lb thrust Atar D jet engine, each with increasing complexity. The C450 Coléoptère ("annular wing") was the final step in the program. It had a 22 ft fuselage surrounded by a 10.5 ft diameter annular wing with four small fins above castoring wheels. The airframe was built by the Nord company. Control in hover was provided by tilting vanes in the nozzle of the 7,700 lb thrust Atar 101E turbojet. In forward flight the small fins deflected the air for control. Two small strakes in the nose could be extended to facilitate a pitch-up moment in transition back to vertical.

First tethered hover was on 17 April 1959; first free hover was on 3 May 1959, lasting for 3 1/2 minutes. The ninth flight was on 25 July 1959; it was to transition to about 36° from the vertical and then return to hover at 2,000 ft before beginning a vertical descent. However, the Coléoptère was unable to establish the hover and began descending faster than desired and fell into oscillations about all three axes. The pilot ejected at 150 ft but was badly hurt. The Coléoptère rotated to about 50° and accelerated horizontally, but did not quite complete the transition and crashed. 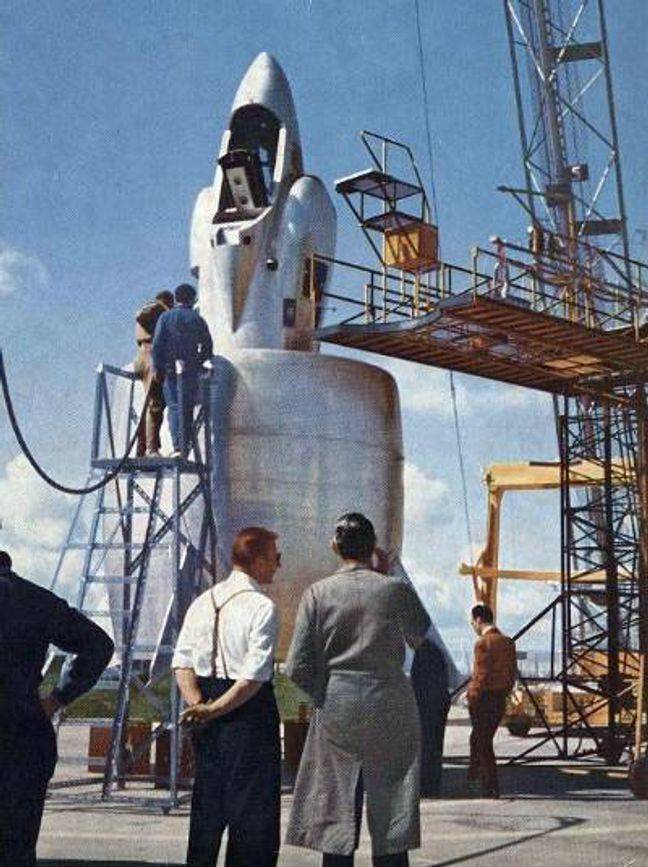 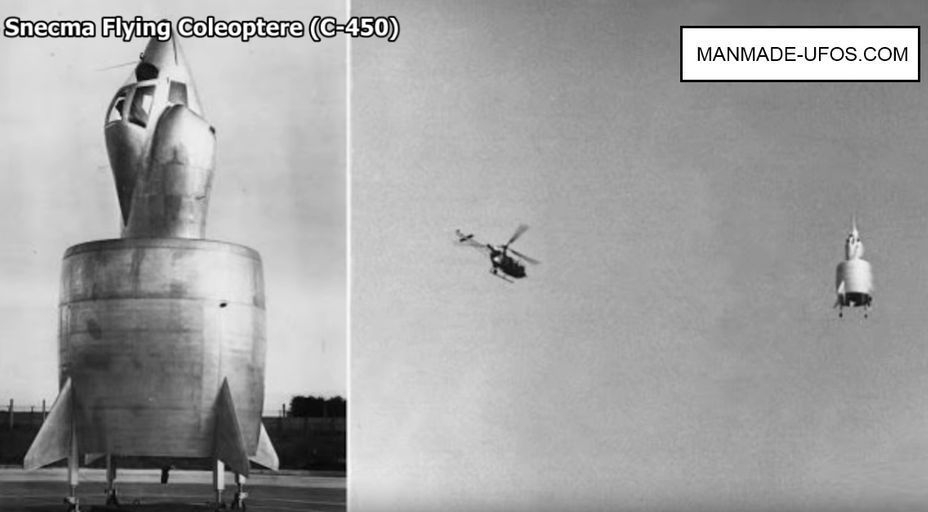 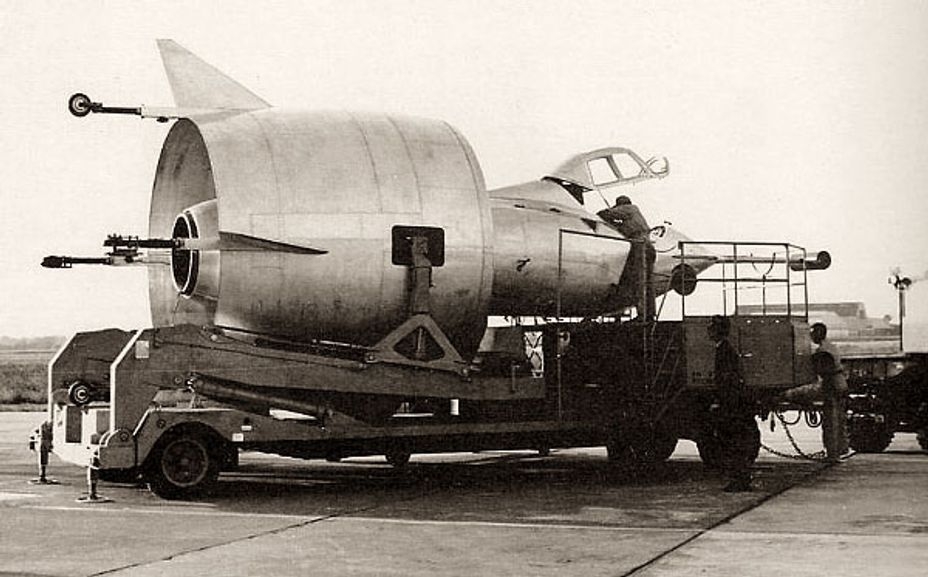 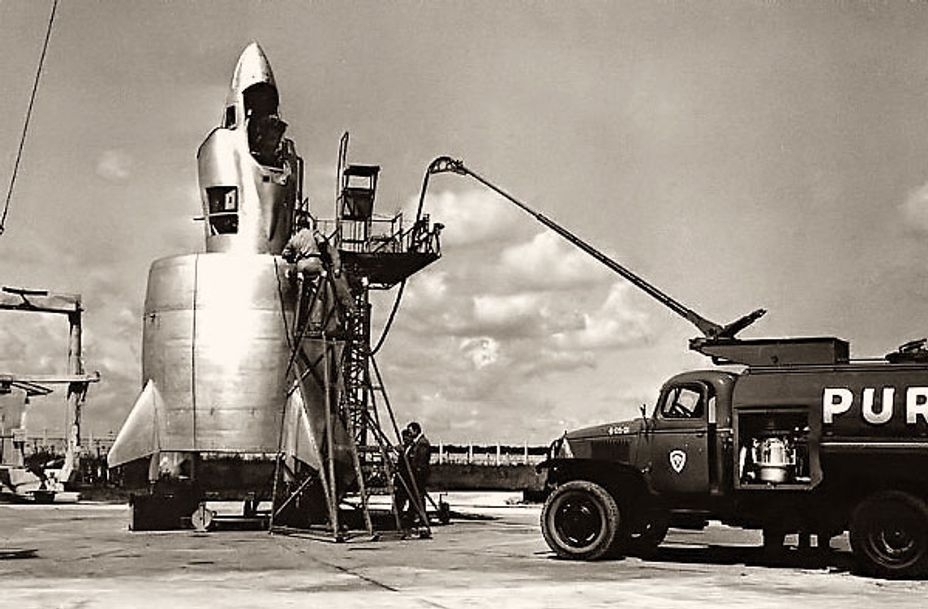 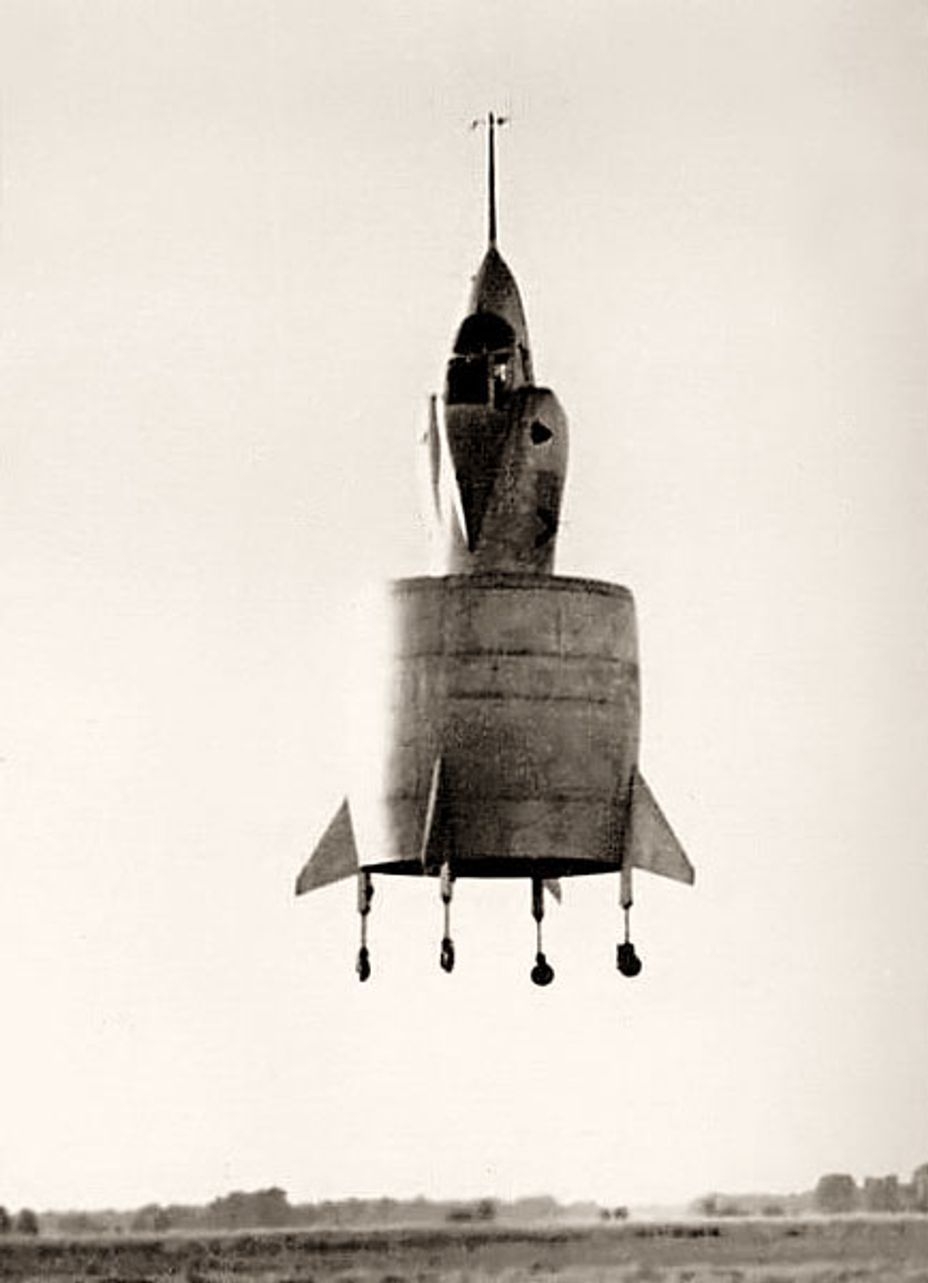 Illustrations of an US Version: 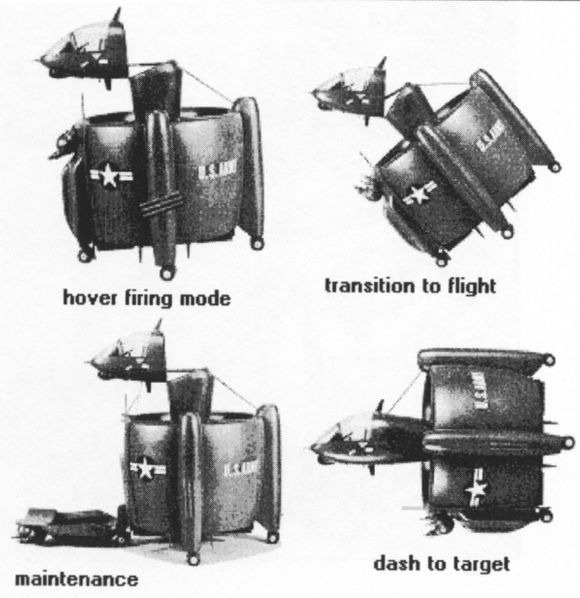 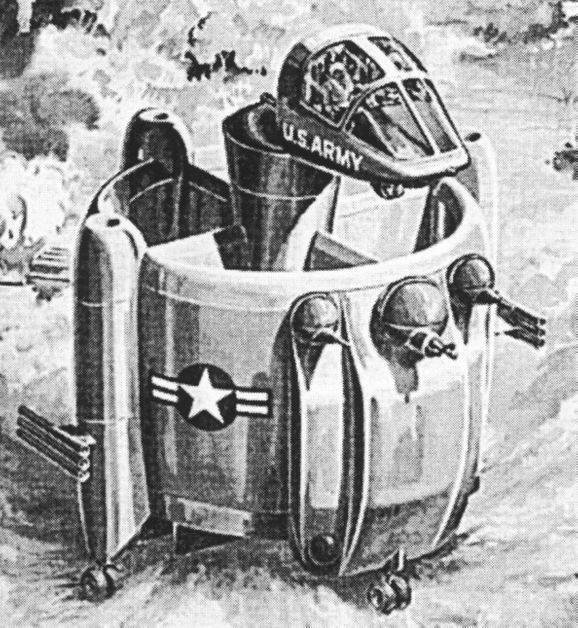