Known as the Zimmerman “Flying Flapjack” or “Flying Pancake” the Vought-Zimmerman V-173 was the most unusual aircraft ever designed for the USN in the 1940s.

This strange “proof of concept” prototype aircraft lacked proper wings and instead opted for a flat circular body to provide the lifting surface. This was based on Charles Zimmerman’s wing patent US # 2,108,093 of 1932 and was researched by NACA in technical report NACA 431.

The V-173 blueprints were shown to the US Navy in 1939 while full scale wind tunnel models were tested in 1940-41, making this a multi-million dollar project that stood a good chance of becoming the world’s first V/STOL (Vertical/Short Take Off and Landing) fighter plane.

By 1942 requests were made for two prototypes of the V-173 for experimentation, designated VS-315. This version would have more powerful engines and given a naval military designation- XF5U-1.

The V-173, however, first flew on November 23, 1942. Soon after takeoff, Boone T. Guyton, Vought's chief test pilot, found the controls sluggish, and had to struggle to make a wide turn back to base. It continued flight testing in 1942-43, sometimes resulting in panicked civilians that reported sighting strange flying machines over Connecticut skies.

Although proving stall-proof, the V-173 overall performance revealed the instability and low maneuverability of the plane; thus, the engineers had to install large unconventional empennages, spoiling the very concept of the circular wing.

The V-173 also demonstrated poor low speed performance compared to other fighters of the time. Due to this, the role of the aircraft became a proposed VTO (Vertical Take Off) recon machine with the blades replaced by tilting rotors. 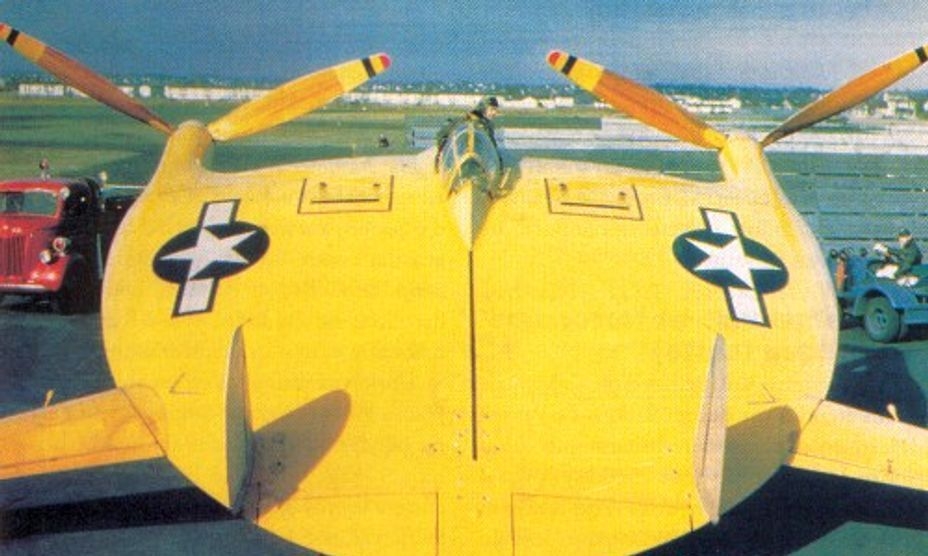 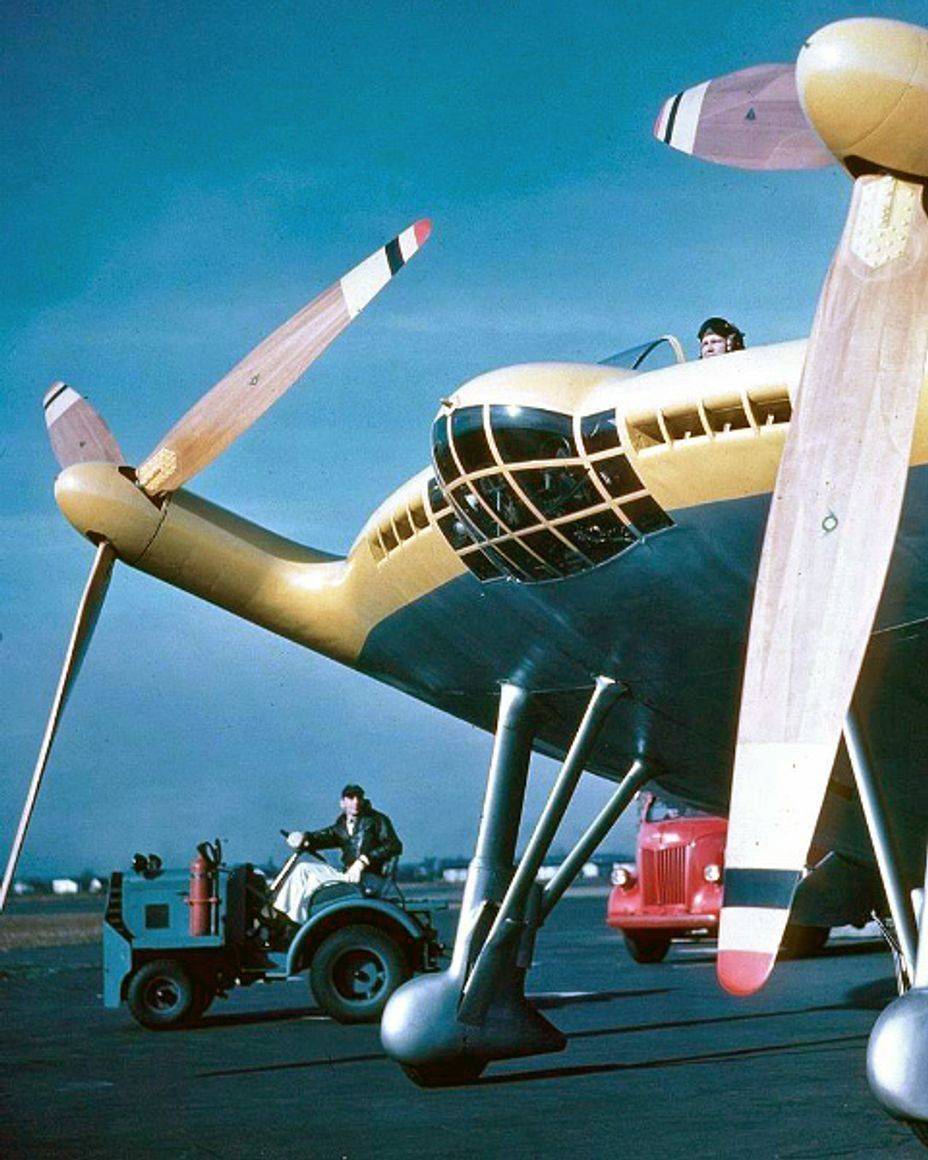 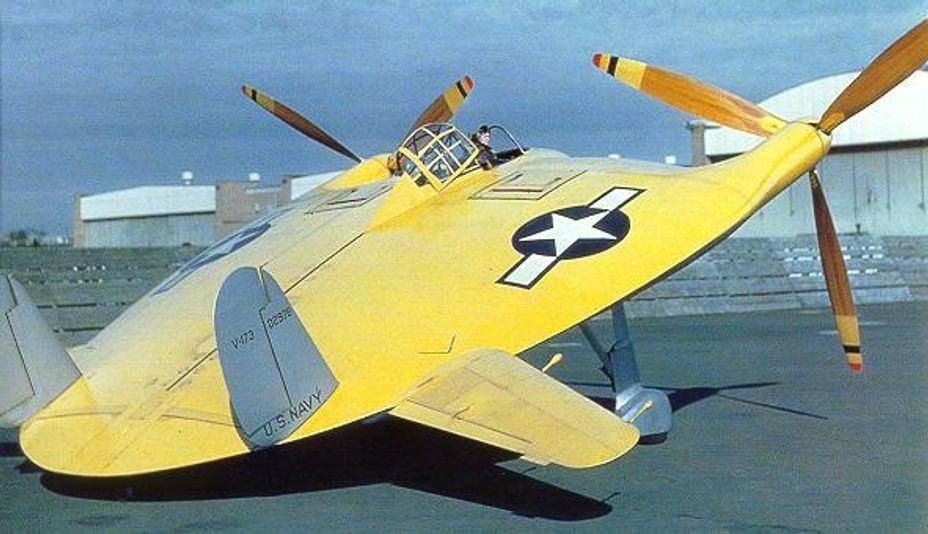 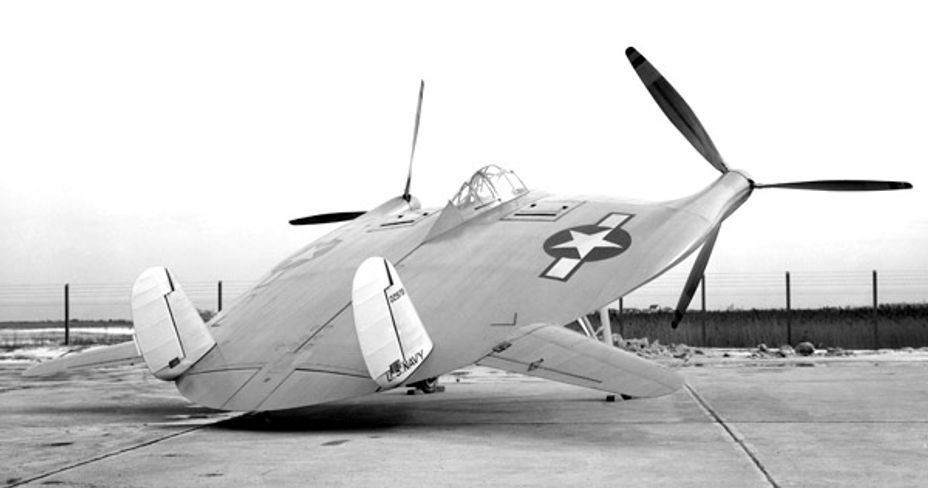 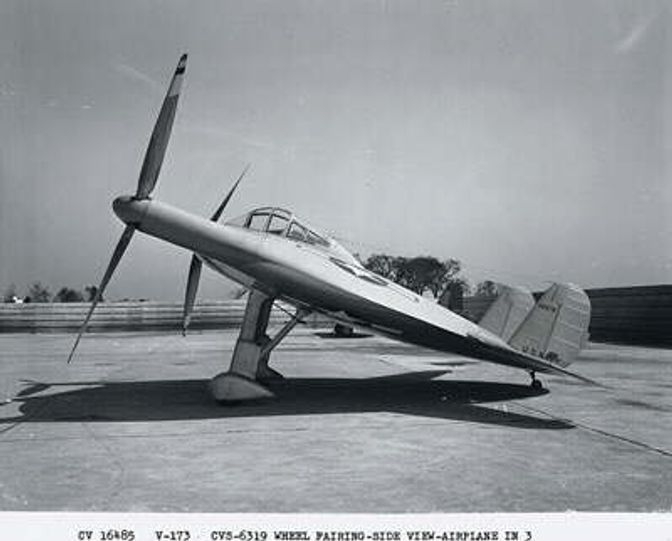 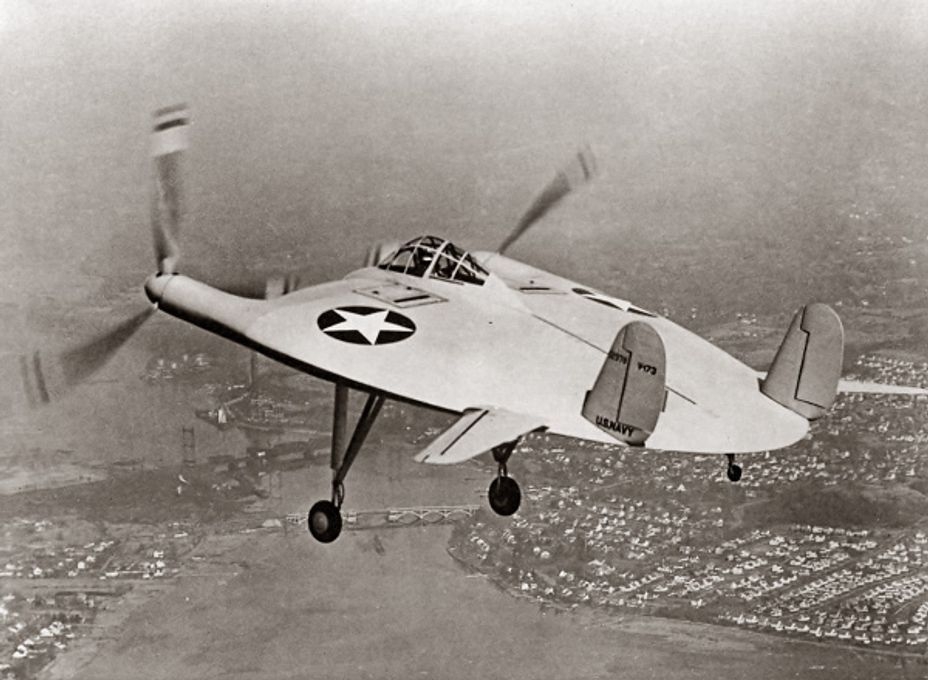 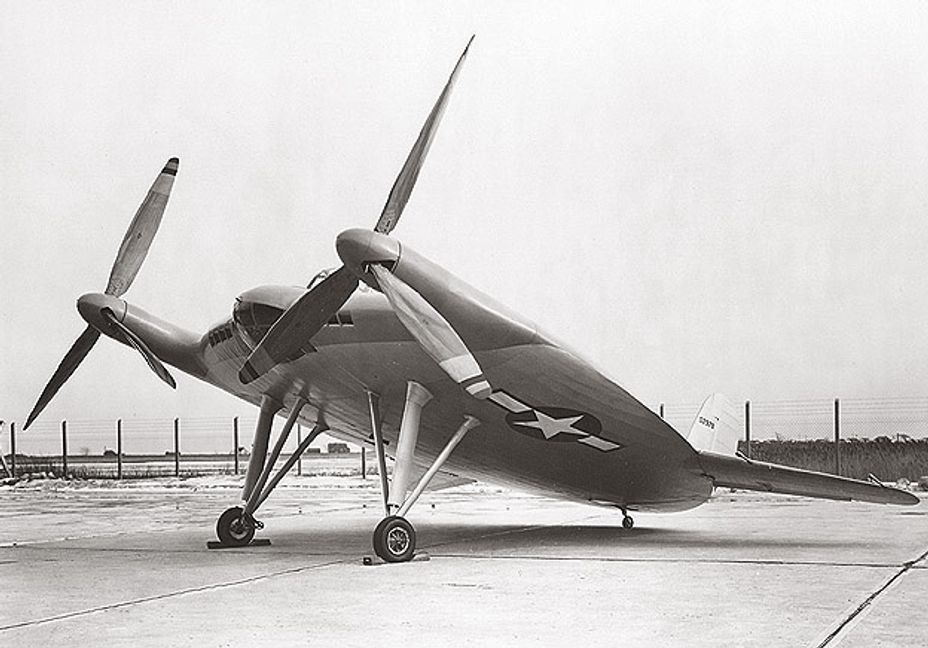 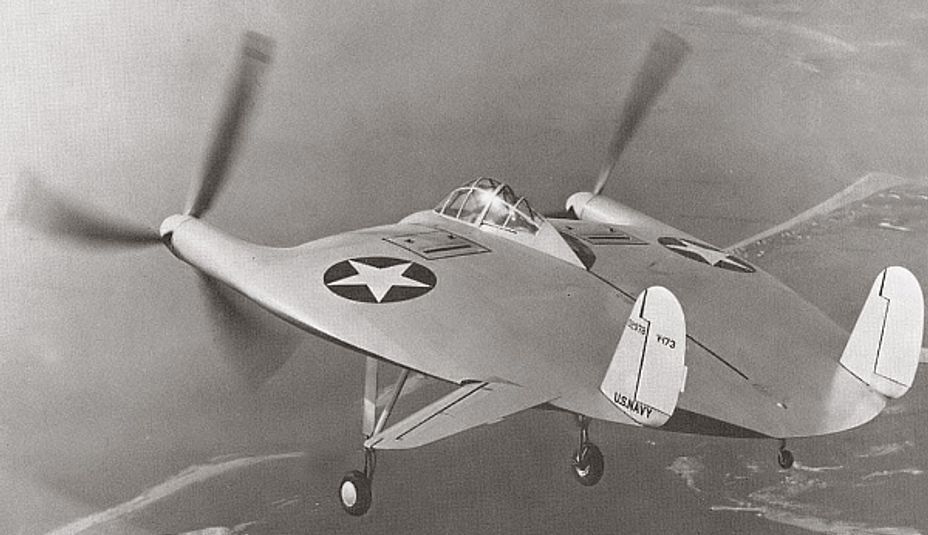 In the summer of 1943, mock-ups of the improved XF5U-1 were made, but due to Vought's obligations with both the Corsair and Kingfisher, the XF5U-1 program proceeded slowly during the war.

The arrival of the jet age during World War II saw the cancellation of the XF5U-1 contract by the US Navy by March 1947, despite the fact that the aircraft was shipped to Muroc, California and was due to take its first test flight later that year. 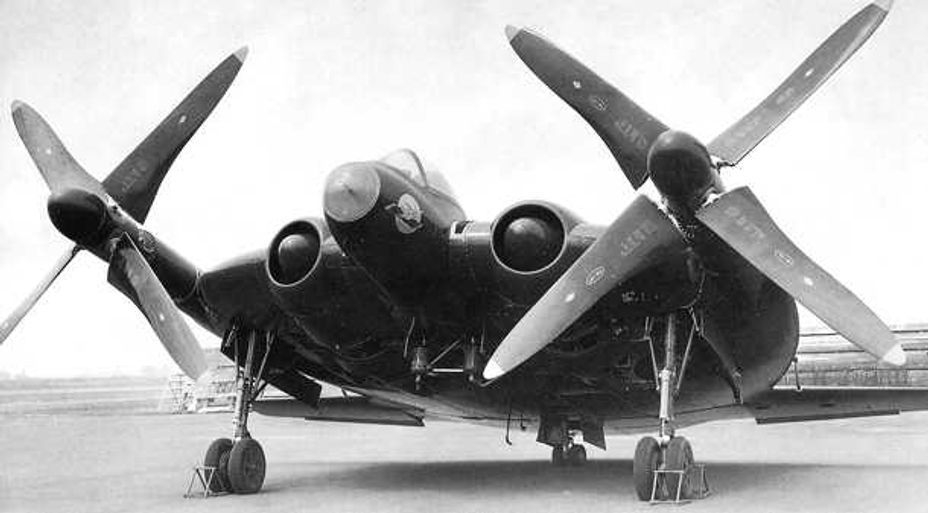 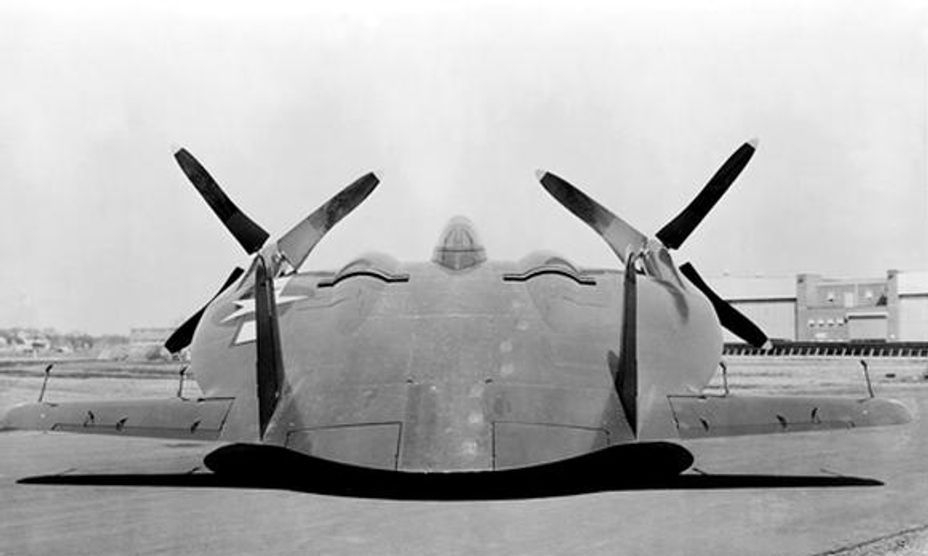