recommendation and participated in the development of the first nuclear weapons at Los Alamos during WWII. When interest in bombs based on thermonuclear fusion began to grow in the late 1940s, Ulam returned to the New Mexico laboratory as a member of Edward Teller's "Super" working group, which was attempting to solve the seemingly intractible fusion problem.

By all accounts, the partnership was not a smooth one, given Teller's famous temperament and ego. But by early 1951, the two scientists had devised a configuration of nuclear and chemical materials that would prove to be an extremely efficient means of igniting a fusion reaction.

As John McPhee elegantly explains in The Curve of Binding Energy, one of the more important advances in

nuclear weapons design in the post-war period involved a principle called "levitation," an improvement on the original implosion technology used in the "Trinity Gadget" and the Fat Man bomb that had destroyed Nagasaki. In the Fat Man implosion design, the high explosive shell and a heavy "tamper" material had rested in direct contact with the plutonium sphere at the center of the bomb. In the levitated concept, a gap between outer and inner portions of the nuclear core allowed the imploding shell to accelerate to tremendous speed before striking the nuclear material, greatly improving the compression of the core and the efficiency of the ensuing nuclear reactions.

These phenomena are called "hydrodynamic " processes, and in studying them, and similar ones that would be required to ignite a fusion reaction in a hydrogen bomb, the Los Alamos designers developed techniques for transforming explosive energy into precisely controlled momentum - steering shock waves, channeling radiation, controlling superheated gases, modulating the huge energies released in a nuclear reaction.

As early as 1944, Ulam and other Los Alamos researchers had begun to consider the use of nuclear energy as a means of propelling aircraft and rockets. In 1946 he produced rough calculations on a specialized version of this technology - means by which fission explosions external to a vehicle could be turned into propulsive thrust - and in 1947 Ulam and his associate Frederick Reines issued a memorandum describing this concept in somewhat greater detail. The basic idea was closely tied to the work on the physics of the levitated bomb core and employed many of the same essential techniques.

Above: Weirdly, a private civilian journal called "Intelligence Digest," published by British conservative figure Kenneth DeCourcy, described in an October 1947 item a "pulse-powered rocket" that sounds strangely similar to Ulam's concept. In all probability a coincidence, it is most intriguing.

By the mid-1950s, fission bomb technology had advanced to the point where very small, specialized, and

relatively inexpensive nuclear devices were feasible. At the same time, it was becoming apparent that the military would eventually need an efficient way to lift enormous payloads into space. In the summer of 1955 Ulam and Cornelius J. Everett produced a more formal study on the possibility of actually using nuclear explosions as a source of propulsive energy for a space vehicle.

...which happened (for sound scientific reasons) to be "saucer-shaped."

The arrangement of the components seems to have resembled an inside-out implosion weapon: the debris from the ejected bomb would strike the plastic propellant disc - the counterpart of the tamper in the implosion bomb - and turn it into cloud of expanding plasma, or ionized gas. This plasma would accelerate across the ten-meter gap and slam into the spacecraft, transferring its momentum to the vehicle in much the same way that the tamper of the bomb had compressed its plutonium core, and would do it uniformly, without blowing the spacecraft apart. But in this case, the direction of motion was outward - and upward. Only fifty-odd pulses would be sufficient to drive the vehicle (which would be carried above most of the atmosphere by a conventional rocket) to escape velocity.

Ulam's concept led to still-classified studies of nuclear pulse-powered space launchers for the Air Force, and to Project Orion, a serious attempt to design, circa 1963-4, a similar spacecraft for NASA interplanetary missions. The image below shows a miniature flying prototype of the Orion vehicle - built by General Atomic, a company founded by Teller's protege Frederick de Hoffmann - which made a successful flight to an altitude of about 100 meters in November 1959, during which it ejected several small conventional explosive charges in rapid succession.

By the early 1960s, General Atomic had advanced the Orion concept to studies of a vehicle capable of sending a crewed expedition to Mars. This vehicle was sized to the diameter of the Saturn V rocket and was to be launched in several sections and assembled in Earth orbit. A Mars mission of several months duration with a crew of eight was planned. Landing on Mars was to be accomplished by an advanced lifting-body vehicle. 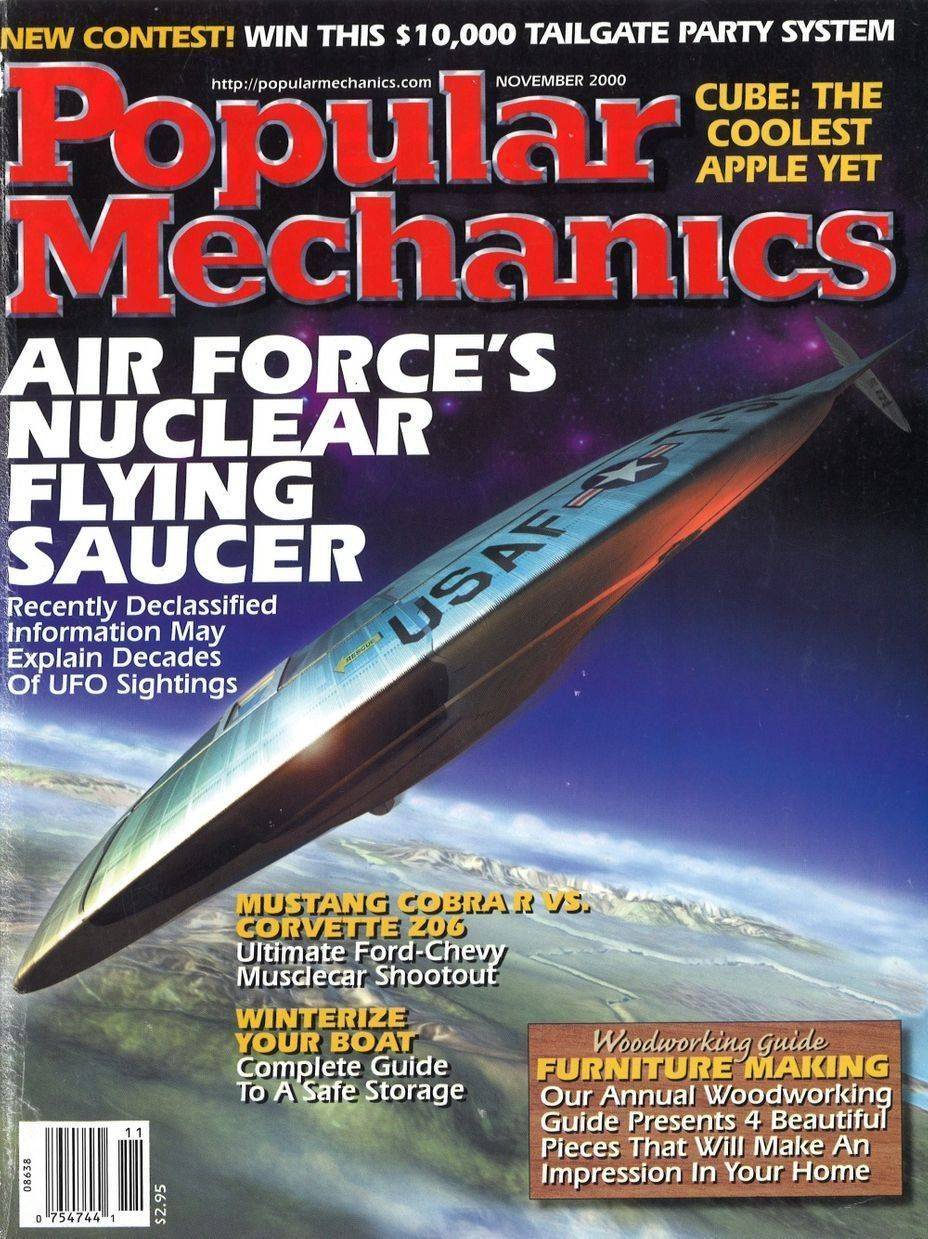 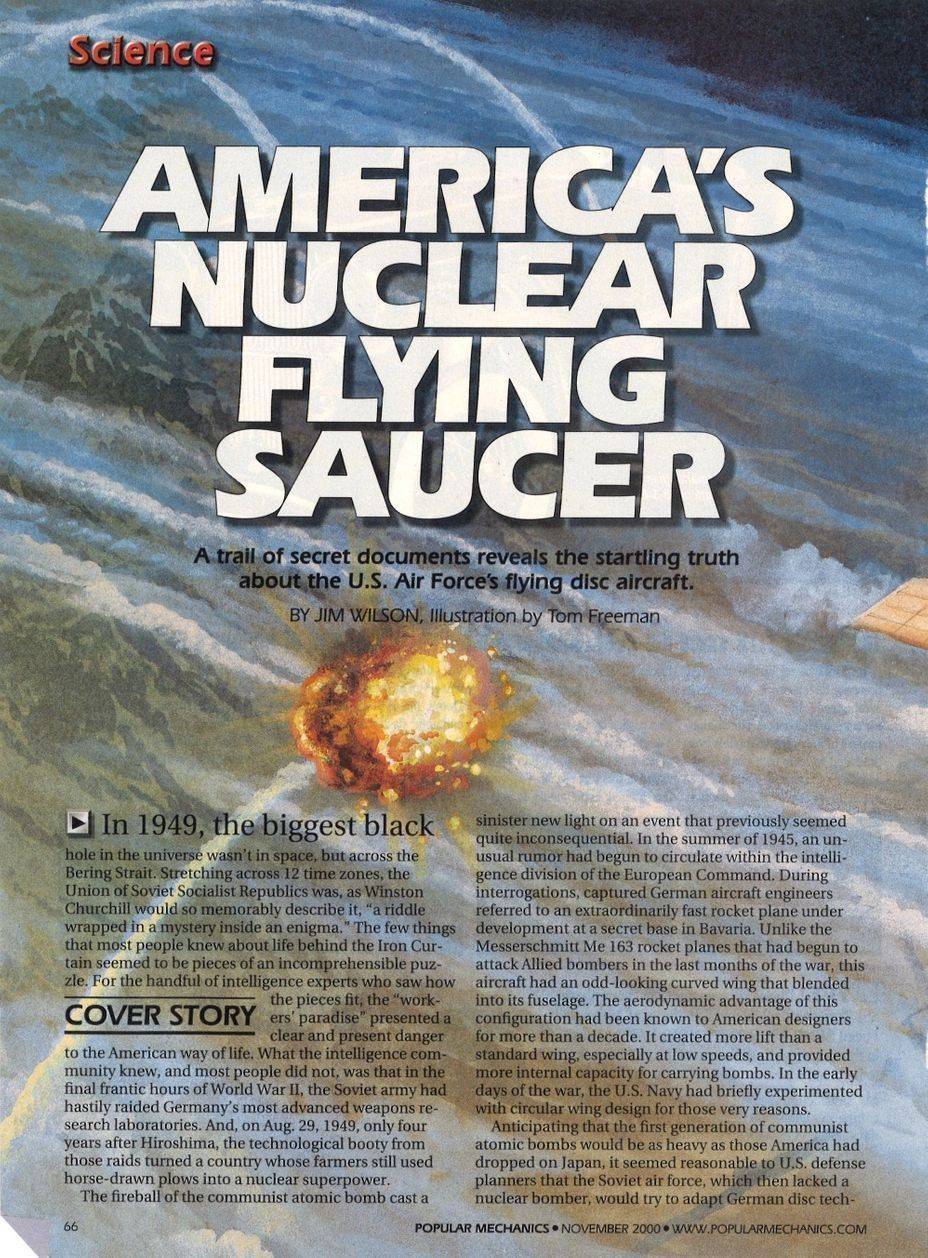 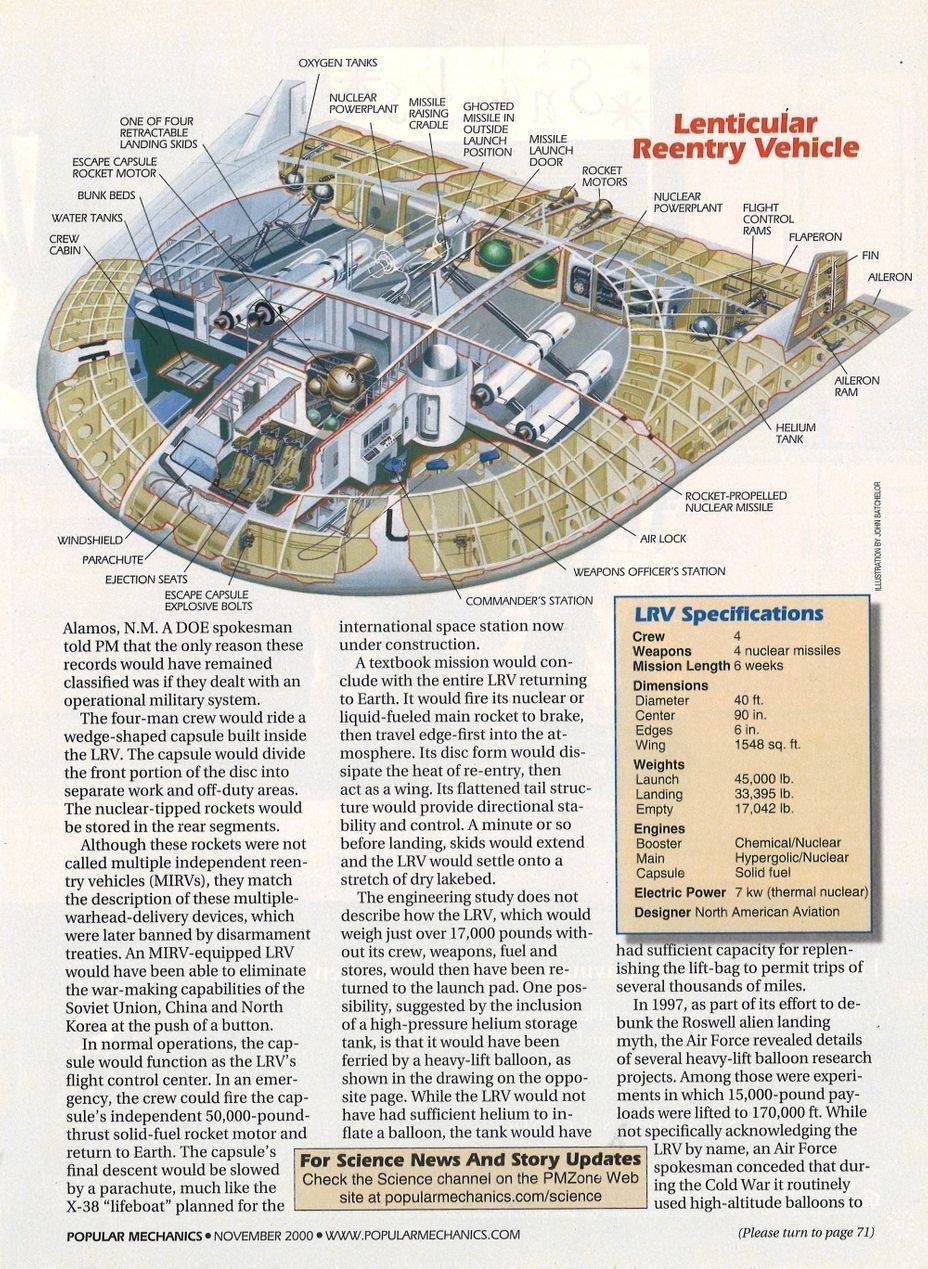